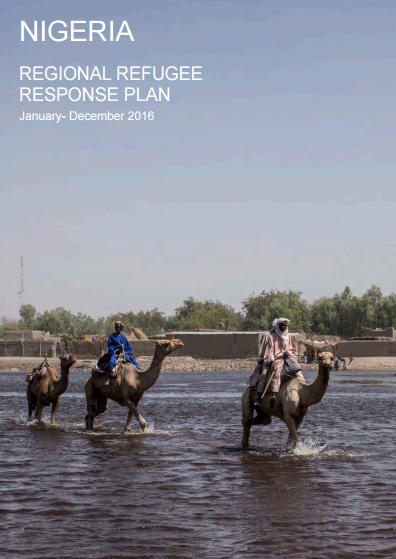 Violence in northern Nigeria and across the Lake Chad Basin has intensified in 2015 and the situation continues to deteriorate. Many people fleeing widespead and indiscriminant attacks on civilians are seeking safety in neighbouring countries, but the spillover of terror and economic instability is compounding the refugee crisis, and the humanitarian situations in Cameroon, Chad and Niger continue to deteriorate. In 2015, the terrorist group Boko Haram expanded its attacks across the region and has continued to commit indiscriminate attacks against civilians, including numerous suicide bombings, looting, extractions and abductions, which have fuelled fear, mistrust and suspicion among the affected populations and led to the harassment and stigmatization of certain groups. Attacks throughout the year have further led to the scaling-up of miltary operations in all affected countries, including by the Multinational Joint Task Force, and continued tightening of security measures, such as road blocks, military deployment, burqa bans, curfews and so called humanitarian evacuations in the Lake Chad Region, especially from Cameroon. These measures have resulted in further forced displacement and a considerable number of Nigerian nationals who were and are being returned to their home country. UNHCR and other humanitarian actors have repeatedly emphasized with Governments that such return operations, if not voluntary, may be in contravention of international protection principles and even constitute an act of refoulement.

The Lake Chad Region is characterized by a harsh living environment with difficult topographic conditions, extreme poverty, weak public services and food insecurity, due among other factors, to limited crop production and farming opportunities, water shortage and challenges related to the provision of energy such as firewood. Intensified insecurity, military operations and displacements across the region have disrupted trade, fishing, farming and other income generating activities, laying the ground for an economic crisis, and further exacerbating the humanitarian situation. Furthermore, the high density in certain areas as well as poor sanitation resulting from make-shift settlements makes these areas susceptible to epidemic outbreaks.

The Nigeria 2016 Regional Refugee Response Plan (RRRP) outlines the strategy to protect and assist refugees and other vulnerable people affected by the ongoing conflict in north-eastern Nigeria and the Lake Chad Basin. It promotes the transition from emergency assistance to more durable solutions by supporting respective national development plans in the Lake Chad Basin region. The RRRP is a coordinated effort by UN agencies and non-governmental organization (NGO) partners, and also serves as a joint platform for advocacy and fundraising for all actors involved.

The 2016 RRRP contains country chapters for Cameroon, Chad, and Niger, with detailed information on achievements made and challenges faced in 2015. It presents harmonised planning figures on refugees and members of impacted host communities in all three countries, as well as on returning Niger nationals and internally displaced persons (IDPs) in Niger, outlining the most urgent protection and humanitarian needs of people affected by the situation in the region. Moreover, the country chapters include detailed sector plans jointly developed by response partners, and the respective financial requirements of each partner in the interagency response. The coordination structures in each country, based on UNHCR’s Refugee Coordination Model (RCM), are also presented.