The United States is UNHCR’s top government donor and a key partner in protecting and assisting our people of concern—refugees, stateless persons, returnees, and IDPs—around the world.

As a member of our Advisory Committee since 1951, and a founding member of the governing Executive Committee (ExCom) since 1959, U.S. support for UNHCR and forcibly displaced people has been steadfast and robust throughout the last seven decades.

The vital contributions of the United States enable UNHCR’s work to protect, assist, and seek solutions for refugees and displaced people. Funding from the United States supports critical UNHCR programmes, including child protection, assistance for internally displaced populations, support for urban refugees, education, cash assistance, biometrics and statelessness prevention. In particular, U.S. investment in the Safe from the Start initiative underpins our ability to address the needs of women and girls at risk of gender-based violence (GBV) from the onset of a humanitarian emergency.

Both UNHCR and the United States share priorities in upholding accountability to affected populations, ensuring integrity and oversight of humanitarian responses, increasing efficiency and effectiveness of operations, and implementing the Grand Bargain and UN reforms.

In 2020, the United States donated a total of $1.973 billion with $346,300,000 in flexible funding. Flexible funding from the United States reaches nearly every UNHCR operation and further allows us to respond quickly in emergencies, continue supporting protracted situations, and maintain protection-related activities in neglected conflicts. 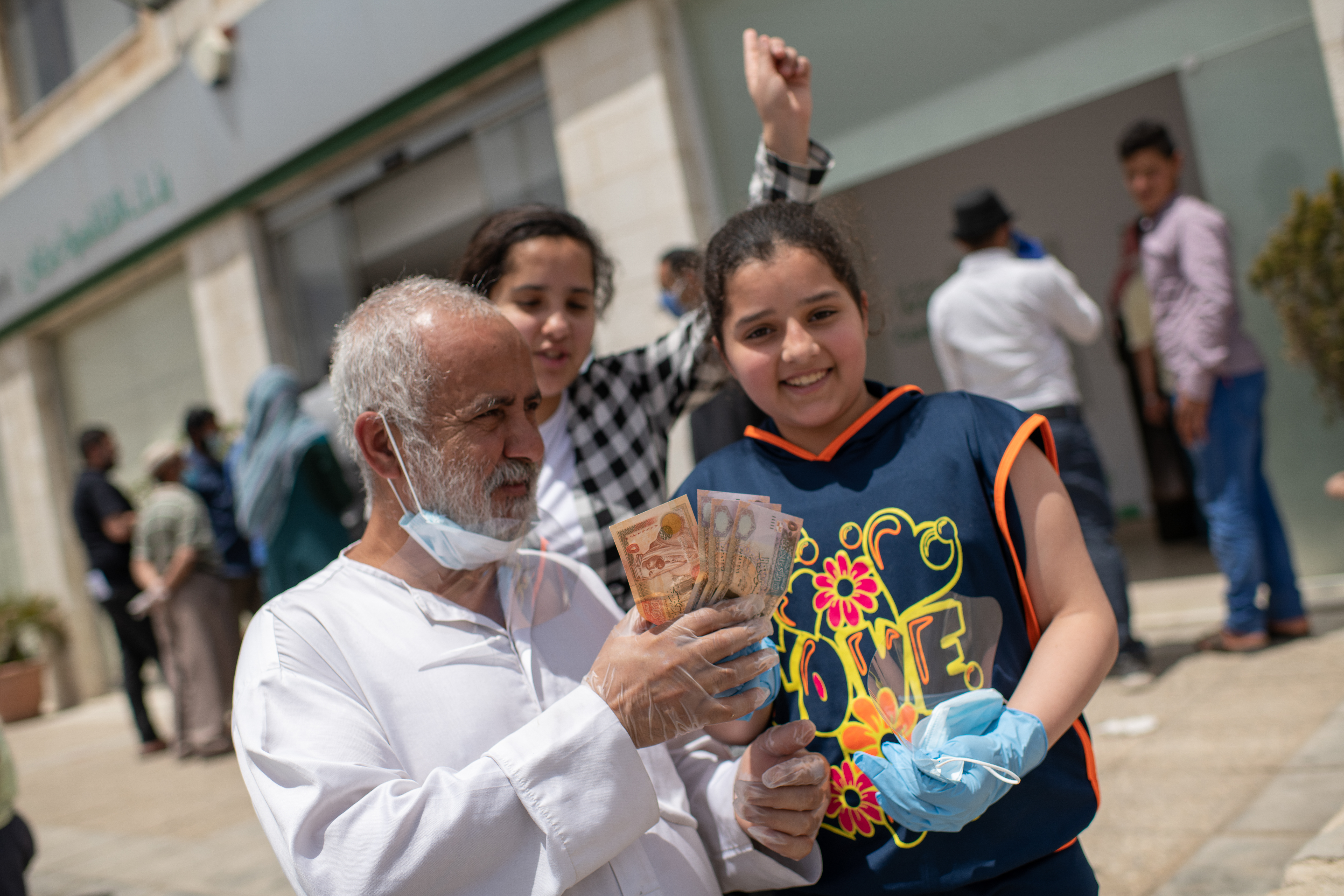 “I would love to bring them cheese, olives, apples, not just bread. Especially as it's Ramadan now. It would be nice not to worry, even if just for a day.”

Yemeni refugee Ibrahim and his daughters, Rora (13) and Hala (11), stand outside the bank in Amman, after collecting 100 dinar (US$140) as part of UNHCR's cash assistance programme for families impacted by the coronavirus crisis in Jordan. As the biggest donor to UNHCR's operation in Jordan, the United States support means more families like Ibrahim's can benefit from cash assistance, enabling them to meet their needs in dignity and become more resilient. 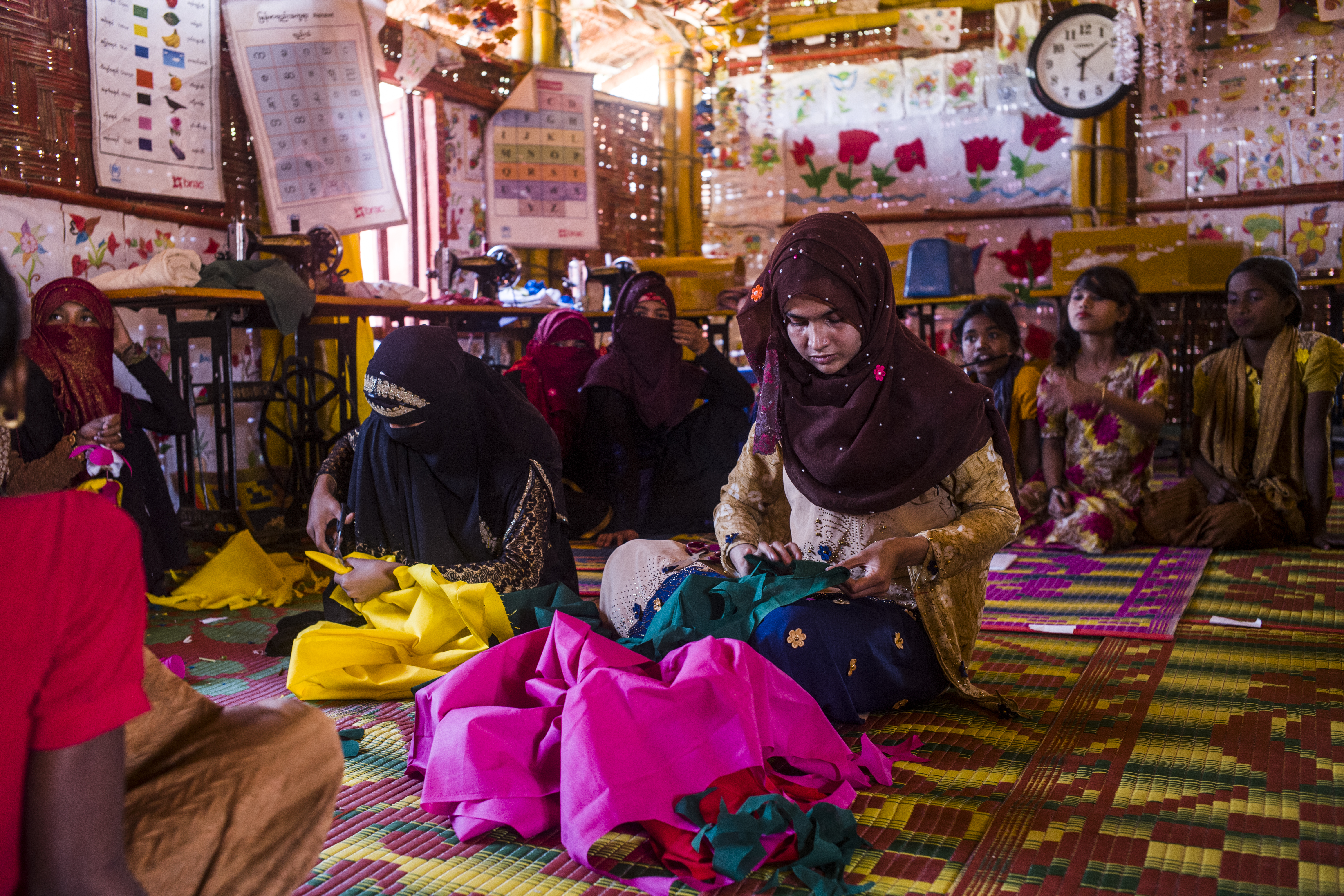 Saima (12) and her sister Humaira (20) cut fabrics to make flowers as part of an activity at the Naf Adolescent Club in Kutupalong refugee camp, Bangladesh.

The ongoing Rohingya emergency is one of the biggest and most pressing crises of our time. In late August 2017, amidst unimaginable violence, hundreds of thousands of Rohingya left their homes in Rakhine State, Myanmar, and started their journey towards Bangladesh, in what quickly became the fastest growing refugee influx the world had seen in decades.

The United States was the biggest donor to UNHCR's Bangladesh operation in 2020. Contributions have been vital to our work in protecting and assisting Rohingya refugees, particularly the young refugees living in the Cox's Bazar camps. 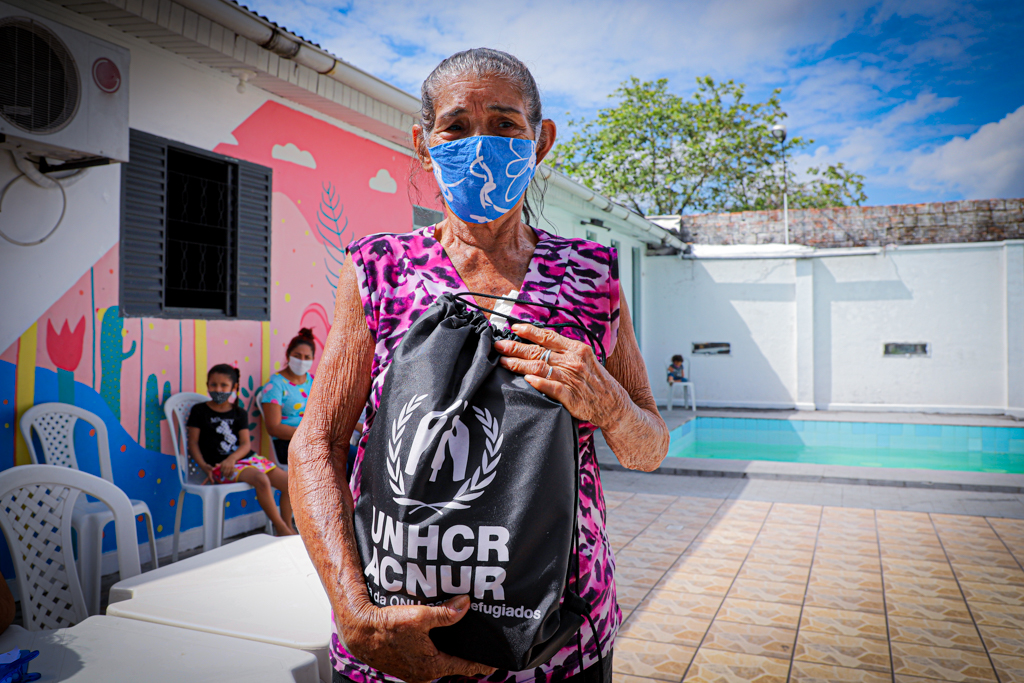 During the COVID-19 pandemic, UNHCR Brazil has ensured Venezuelan refugees and migrants' access to essential items like diapers, hygiene kits, beds and mattresses. In 2020, the United States was the largest donor to both the Venezuela situation and the Brazil operation. Funding has been vital during 2020 to enable UNHCR continue assisting Venezuelan refugees and migrant and help refugees protect themselves from COVID-19. 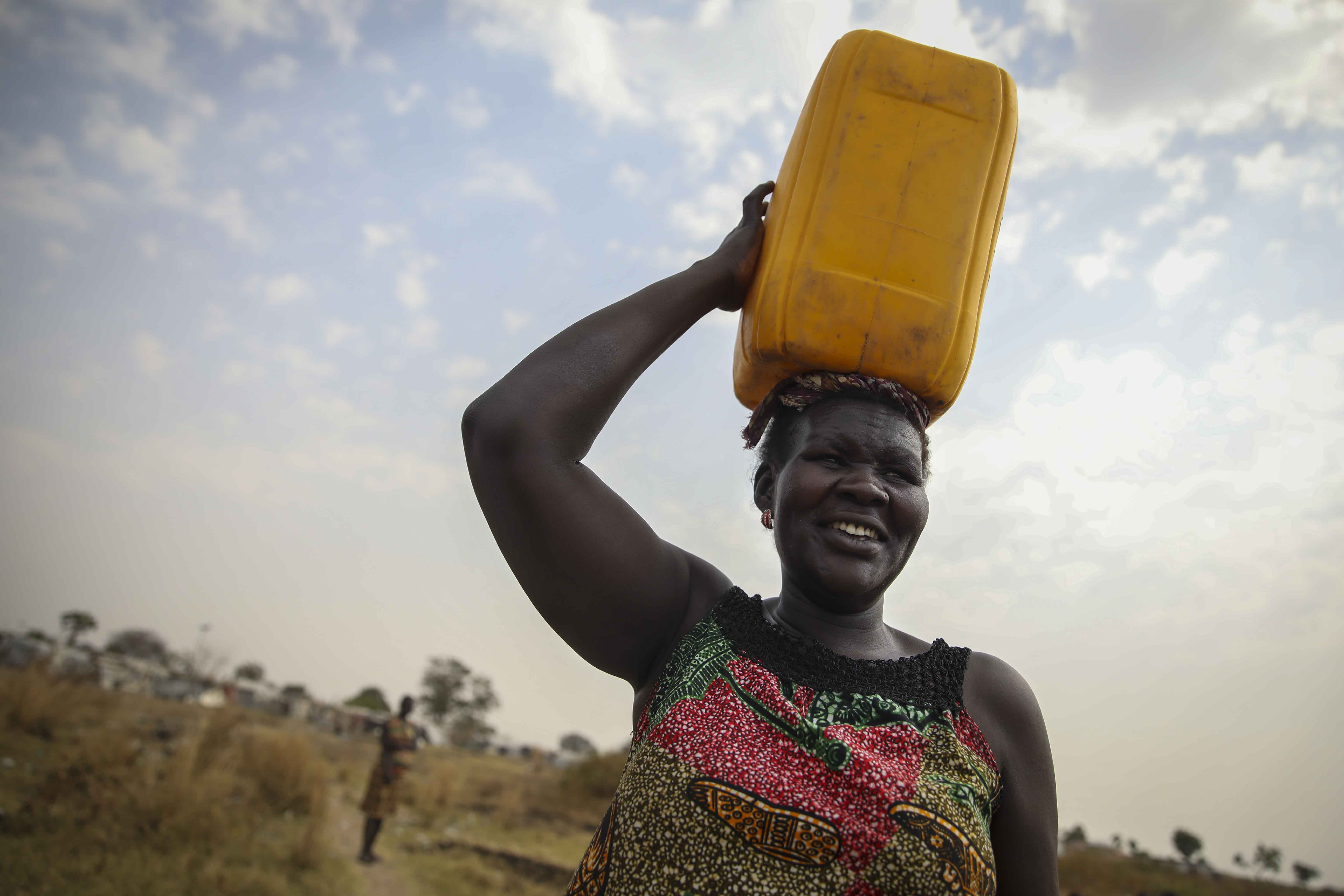 “Before I took this position, I believed a woman had no right to speak before a man. I want to show young girls a different way than I was taught.”

Salwa grew up in a rural village and had no formal education before becoming internally displaced in South Sudan.

She was nominated as a conflict mediator by her neighbours after gaining a reputation for peace-making in the camp. Salwa is now helping to advance women’s rights in her position as a community leader at the IDP site in Juba. Since Salwa joined the men on the community council, survivors of gender-based violence who had previously stayed silent have begun to come forward to request assistance.

UNHCR is proud to be supported by the U.S. Government, which has historically prioritized assistance for both GBV prevention and survivors.