Use of Unearmarked Funding in 2017 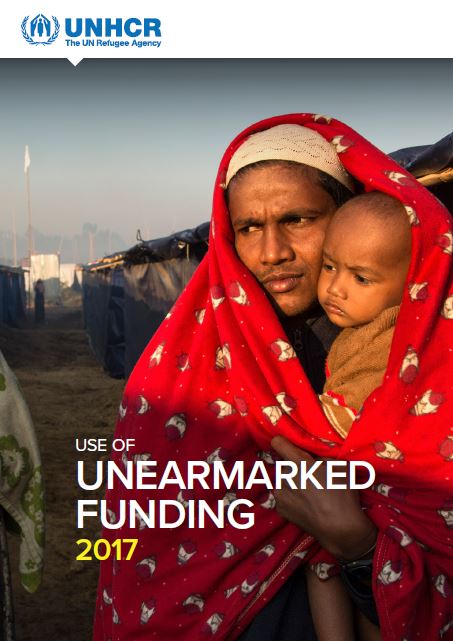 2017 was a difficult year for the tens of millions of people of concern to UNHCR, and difficult for the Office in providing a principled, predictable and accountable response. A major emergency erupted in Myanmar, the situation deteriorated further in crises like the Central African Republic, along the central Mediterranean route, and in the Democratic Republic of the Congo, while the protracted nature of other crises such as Afghanistan, Iraq, South Sudan and Syria demanded ever more of UNHCR and its partners.

This multiplication of emergencies drove up needs. By the end of the year, there were 71.4 million people of concern, and UNHCR’s final budget had reached $7.963 billion. Taking into account total funds available to UNHCR of $4.510 billion, UNHCR ended the year with a funding gap of 43%. UNHCR received $588.7 million in unearmarked funding, including $207.1 million from the private sector. Many UNHCR offices benefit from the allocation of these resources, with the largest share spent on delivering programmes in the field, and the balance used to support global programmes, without which UNHCR would not be able to deliver on its mandate.

Unearmarked funding helps ensure UNHCR’s neutrality and independence, and strengthens UNHCR’s reputation as a trusted partner. This report acknowledges the generosity of those donors which provided UNHCR with unearmarked contributions, and adds depth and detail to how this most valuable of financial resources was used in allowing UNHCR to kick-start emergency responses, to bolster underfunded operations, and to enable operations to implement their programmes as fully as possible.