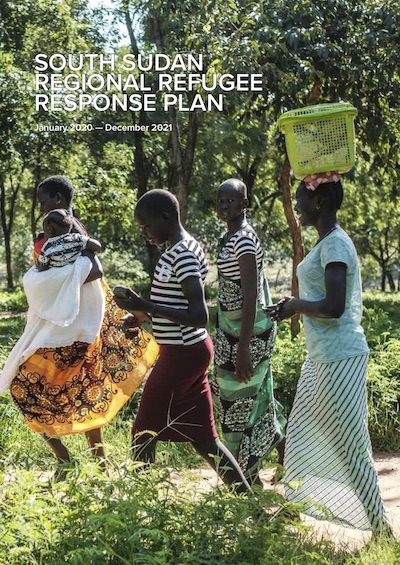 South Sudan’s refugee population stands at 2.2 million, the highest on the continent despite the signing of the Revitalized Agreement on the Resolution of the Conflict in the Republic of South Sudan (R-ARCSS) in September 2018. The Revitalized Transitional Government of National Unity of South Sudan was established on 22 February 2020. While this event marks an important development to improve prospects for viable comprehensive solutions for the millions of South Sudan’s forcibly displaced, several critical issues are still to be resolved during the pre-and transitional phases prescribed by the R-ARCSS.

While some spontaneous returns have been recorded, these are in large part pendular movements prompted by a different set of factors which include dwindling livelihood opportunities in countries of asylum and changing perceptions about security in South Sudan. Over 70 per cent of these returnees have not been able to return to their prior places of habitual residence. UNHCR and its partners in South Sudan do not have access to many return areas due to insecurity. Sample intention surveys conducted in 2019 in all asylum countries have shown that a majority of South Sudanese refugees do not intend to return in the near future. In fact in 2019, over 74,000 South Sudanese new arrivals were recorded in Sudan, Uganda, Ethiopia, Kenya, the Democratic Republic of the Congo and the Central African Republic.