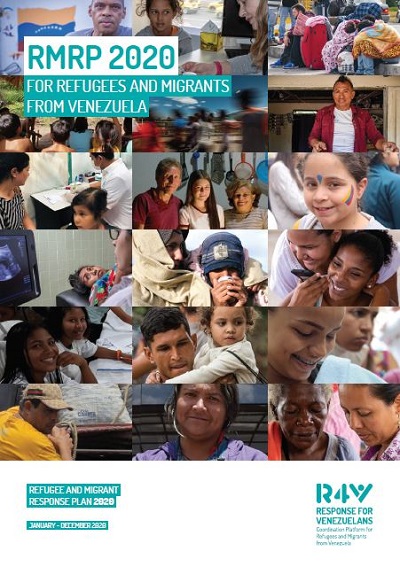 The Regional Refugee and Migrant Response Plan (hereinafter ‘RMRP’ or ‘the Plan’) for Refugees and Migrants from Venezuela was first launched in 2019 as a response to the large-scale population movements registered in Latin America and the Caribbean as a result of the political, socio-economic and human rights situation in the Bolivarian Republic of Venezuela (hereinafter Venezuela). As of October 2019, more than 4.5 million refugees and migrants from Venezuela are outside their country of origin, with 3.7 million in the region alone. As per current trends, it is estimated that the number of refugees and migrants from Venezuela included in government official figures in countries across Latin America and the Caribbean, will reach up to 5.5 million by the end of 2020, a noteworthy increase from the 140,000 in 2015.