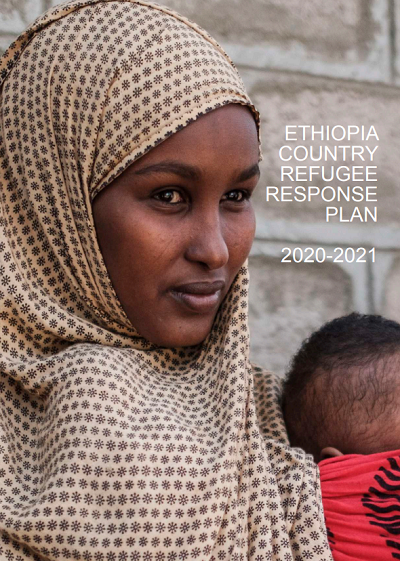 Ethiopia has a long-standing history of hosting refugees. The country maintains an open-door policy for refugee inflows and allows humanitarian access and protection to those seeking asylum on its territory. In 2004, a national Refugee Proclamation was enacted based on the international and regional refugee conventions to which Ethiopia is a party (1951 Convention relating to the Status of Refugees, and its 1967 Protocol and the 1969 Convention Governing the Specific Aspects of Refugee Problems in Africa “OAU Convention”). Ethiopia’s parliament adopted revisions to its existing national refugee law on 17 January 2019, making it one of the most progressive refugee policies in Africa. The Law provides refugees with the right to work and reside out of camps, access social and financial services, and register life events, including births and marriages. Refugee protection in the country is provided within the framework of these international and national refugee laws as well as the core international human rights treaties that have been ratified by the country. Continued insecurity within neighbouring states has resulted in sustained refugee movements, either directly as a result of internal conflict and human rights abuses or as a result of conflict related to competition over scare natural resources and drought related food insecurity.

Ethiopia is one of the largest refugee asylum countries world-wide, reflecting the ongoing fragility and conflict in the region. The country provides protection to refugees from some 26 countries. Among the principal factors leading to this situation are predominantly the conflict in South Sudan, the prevailing political environment in Eritrea, together with conflict and draught in Somalia. Eritreans, South Sudanese, Sudanese, Yemenis and Somalis originating from South and Central Somalia are recognized as prima facie refugees. Nationals from other countries undergo individual refugee status determination. The refugee flow to Ethiopia continued receiving during 2019, 96,749 persons seeking safety and protection within the country’s borders. At the start of 2020, the nation hosted 735,204 refugees who were forced to flee their homes as a result of insecurity, political instability, military conscription, conflict, conflict-induced famine and other problems in their countries of origin.