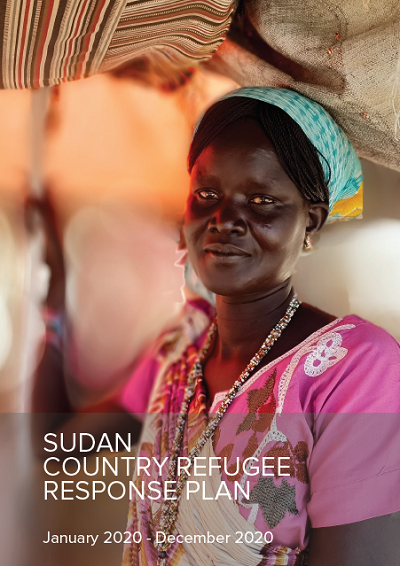 Sudan has a long history of hosting refugees and asylum seekers, with over 1.1 million individuals estimated to be living in Sudan (as of 30 November 2019). This includes refugees from the Central African Republic (CAR), Chad, the Democratic Republic of Congo (DRC), Eritrea, Ethiopia, Somalia, South Sudan, Syria and Yemen, who have arrived in search of safety from violence, persecution and other hazards in their countries of origin.

The South Sudanese refugee emergency remains the largest refugee crisis in Africa, and Sudan hosts one of the largest populations in the region with more than 840,000 South Sudanese refugees reported to be living in Sudan, as of 30 November 2019. In East Sudan, there are more than 130,000 Eritrean and Ethiopian refugees and asylumseekers, living in camps and urban areas across Gezira, Gedaref, Kassala, Red Sea and Sennar states. There are over 120,000 Ethiopian, Eritrean, Congolese, Somalian, Yemeni, Syrian and Burundian refugees living in Khartoum and in need of assistance. While Syrian and Yemeni refugees are considered “brothers and sisters” by the Government of Sudan and are not required to register with UNHCR and Commission for Refugees (COR) upon arrival, over 15,000 Syrian and Yemeni refugees are registered in Khartoum for assistance due to their vulnerability. There are an additional 79,800 Syrian nationals estimated to be living in Sudan. IIn Darfur, an ongoing influx of CAR refugees into remote parts of South and Central Darfur States has seen the population swell from nearly 7,800 refugees by the end of August, to nearly 17,000 in just two months to the end of November 2019. There are also nearly 3,100 Chadian refugees living in Central Darfur waiting to return to Chad in 2020.