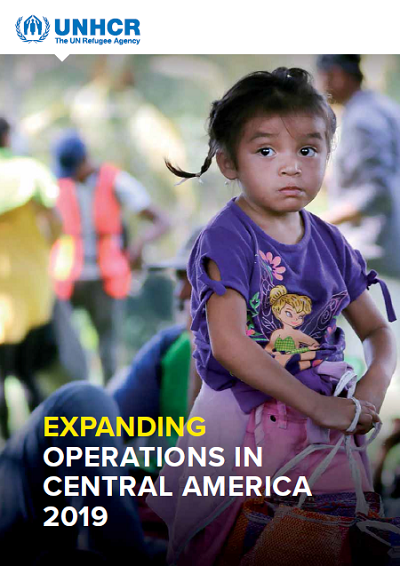 In the North of Central America (NCA) tens of thousands of people have been forced into displacement by a confluence of factors that have led to an escalating situation of chronic violence and insecurity. These factors range from the influence of organized crime such as drug cartels and urban gangs, to the limited national capacity—compounded by corruption, poverty and exclusion—of States to provide protection.

By mid-2018, there were 312,000 refugees and asylum-seekers from the NCA region, around five more than at the end of 2014. Internal displacement has increased with official estimates of around 245,500 internally displaced people (IDPs) in Honduras and El Salvador in the last ten years. In addition, an average of 200,000 people per year have been deported to NCA countries over the last five years, many of whom fear returning to their communities of origin because the violence they fled is still present, if not worse. All countries in the region have been affected --as countries of origin, transit, asylum and or return— and sometimes all of these at the same time.

Read the entire Appeal and see the NCA Situation page for updates.