UNHCR Brochure on Underfunded Situations in 2018 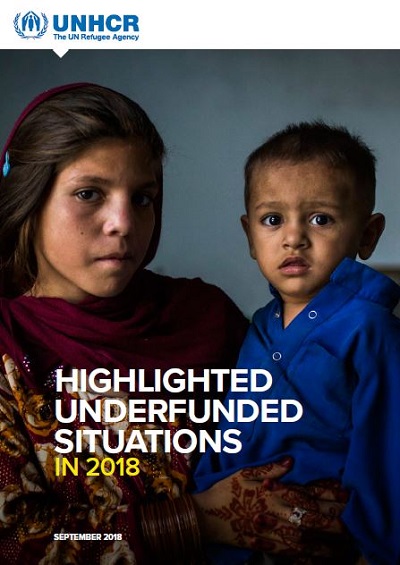 The most underfunded situations for UNHCR in 2018 are indicative of the staggering cost of inaction when displaced people and humanitarian needs are at a historic high, and underline the all-but impossible situation in which UNHCR has less funds with which to do more, and in which it needs to invest to stabilise volatile situations and alleviate human suffering.

This growth is concurrent with the unabated levels of global displacement, and as a result of new emergencies. At the beginning of 2018, there were some 71.4 million people of concern to UNHCR worldwide— refugees, IDPs, returnees, and stateless persons.

The funding gap is widening, now standing at $4.5 billion. Based on indications received from donors and analysis of funding trends, UNHCR estimates the gap may reduce to $3.7 billion by year’s end.

Such a funding gap would have a devastating impact on people of concern—the number of which is projected to grow to 79.8 million by the end of 2018—and would require radical reprioritization of support for critical needs.