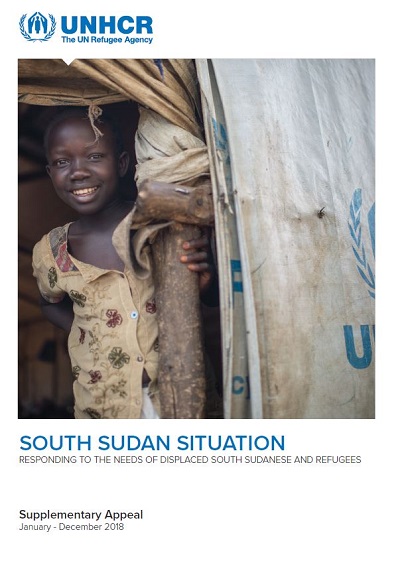 The refugee exodus from South Sudan continues at an alarming rate, even as the crisis is entering its fifth year. Close to 2.4 million South Sudanese have fled to neighbouring countries mostly to Uganda—the largest host country in sub-Saharan Africa—followed by Sudan, Ethiopia, Kenya, the Democratic Republic of the Congo (DRC) and the Central African Republic (CAR). Refugees from South Sudan have been granted prima facie refugee status by these countries, demonstrating strong commitment to refugee protection despite limited national resources. While South Sudan’s neighbours have generously upheld their responsibility to provide asylum and assistance to refugees, urgent large-scale support is needed for the refugee response.

With the current levels of violence in South Sudan, displacement trends are expected to be high both within the country and across the area covered by the situation. UNHCR expects that the influx into neighbouring countries will continue and that an estimated 571,000 additional people will likely seek refuge. This would bring the estimated South Sudanese refugee population to 3.1 million—an increase of 18 per cent—by the end of December 2018. This population is urgently in need of protection, shelter and medical care. In South Sudan itself, some two million IDPs and 307,000 non-South Sudanese refugees are expected to be in need of assistance. This would bring the total number of people of concern to UNHCR in South Sudan to 2.3 million by the end of December 2018.