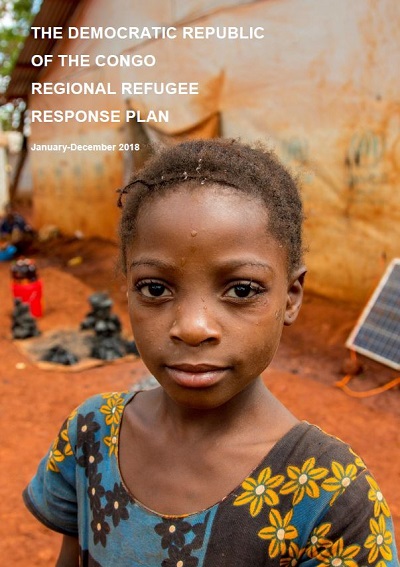 A total of USD 504 million is requested for the period January - December 2018, including:

The situation in the Democratic Republic of the Congo (DRC) is one of the world’s most complex, challenging and forgotten crises. With 4.5 million people internally displaced and more than 740,000 Congolese refugees across Africa, the humanitarian situation deteriorated sharply in 2017. Refugees have been fleeing to neighbouring Angola, Burundi, the Republic of the Congo (RoC), Uganda, the United Republic of Tanzania and Zambia in large numbers. Several thousand have also fled further South towards the Southern Africa Region, mainly to Malawi and South Africa, but also to Kenya and several other countries in Africa and beyond. Since 2015, the number of people displaced internally has more than doubled and in 2017 alone, there were more than 2 million newly displaced in the DRC. In 2017, some 100,000 Congolese fled to neighbouring countries as refugees joining the 585,000 already in exile. In the first months of 2018, a further 55,000 refugees have fled the DRC. The majority of Congolese refugees are women and children. Nearly 55 per cent of the Congolese refugees are under 18, many crossing borders unaccompanied or separated.