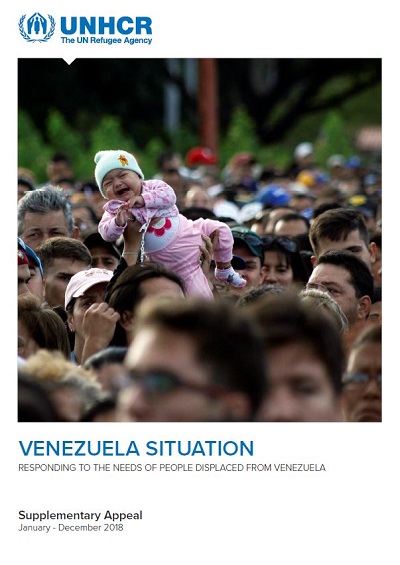 The situation evolving in Venezuela, a country that has traditionally been a generous host to thousands of refugees and third country nationals from the region and other parts of the world, has led to large outflows of its citizens and other residents into the region and beyond. Whilst it is evident not all the Venezuelans leaving their country are prompted to do so for refugee-related reasons, it is becoming increasingly clear that a significant number are indeed in need of international protection.

In many of the destination countries of the region, Venezuelans are only able to regularize their status or legalize their stay either under the pertinent national immigration and other legal frameworks, or under relevant regional mechanisms. In light of the extraordinary situation, some of these countries have established special mechanisms to facilitate various forms of regularization and even protection, what is otherwise referred to as "other forms of protection or alternative legal status". At the same time, both within and outside the region, an increasing number of Venezuelans, now some 146,500, have applied for asylum and formal recognition and protection as refugees.

This Supplementary Appeal contains UNHCR's initial requirements, a total of $46 million, for its response to what is referred to as the "Venezuela Situation" in the eight countries and the sub-region most affected by this situation.

Read the entire Supplementary Appeal and access the Latest Updates on the Venezuela Situation.