Use of Unearmarked Funding in 2016 Report 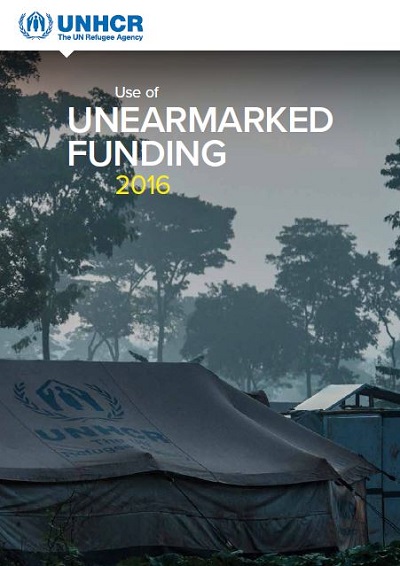 2016 was a year of extremes for the people of concern to UNHCR, with new or protracted crises across the world, on all continents. It was also one of financial extremes for UNHCR as it worked to protect people and mitigate the effects of conflict or displacement. It saw the Office end the year with its highest budget, of $7.509 billion, up from $6.546 billion at the beginning of the year.

It was also a year of extremes for support. UNHCR received its highest ever level of voluntary contributions at $3.902 billion as 145 governmental and private donors, a range of pooled funding mechanisms, as well as income from the UN Regular Budget, supported the Office’s work. This included $562.6 million in unearmarked contributions, of which $389.9 million came from governmental donors, and $172.6 million from the private sector.

This report sets out to acknowledge the generosity of those donors who provided UNHCR with unearmarked contributions, and to add depth and detail to how this most valuable of financial resources was used.