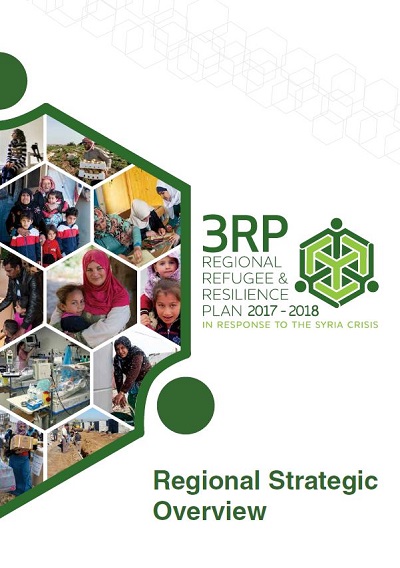 A total of USD 4.7 billion requested for the period January ‐ December 2017, including :

During 2016, the number of registered Syrian refugees protected by these five countries has increased by almost 200,000 to stand at 4.81 million at the end of November.

Despite the ongoing conflict inside Syria which continues to generate displacement, large-scale new arrivals to the refugee hosting countries are not anticipated during 2017 given increasingly managed admission policies. The refugee planning figure of 4.7 million Syrian refugees in the region by the end of 2017 reflects: limited new arrivals as well as new registrations; births and marriages; and changes occurring as a result of departures from host states including through resettlement and other forms of admission to third countries.

Refugees from Syria are losing hope that a political solution will soon be found to end the bloodshed in their homeland, and yet struggle to meet their basic needs in countries of asylum in the region.