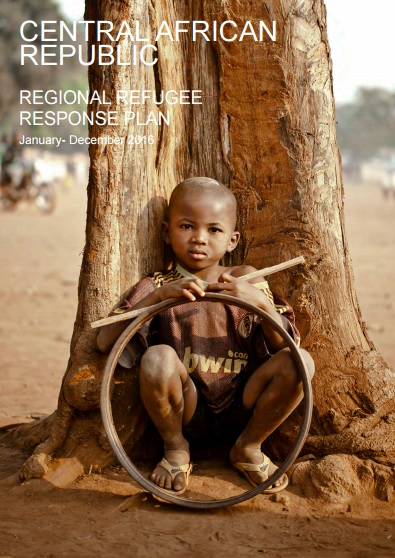 Insecurity, violence and widespread human rights violations by armed elements against the population in the Central African Republic (CAR), including torture, sexual violence, extrajudicial executions and enforced disappearance, generated new refugee influx into Chad, Cameroon, the Democratic Republic of the Congo (DRC) and the Republic of the Congo in 2015. CAR refugees were already being hosted by all countries prior to the restart of internal conflict in the CAR in December 2013. As of October 2015, some 441,446 refugees from the CAR are hosted in Cameroon, Chad, the Congo and the DRC. Many refugees settled in host towns and villages, while others were relocated to refugee camps.

Until today, the security in the CAR has not been fully restored after the latest violent clashes that erupted in September 2015, when the killing of a Muslim man led to tensions and the injury and death of several civilians. These latest events resulted in the third postponement of the planned national referendum and presidential and legislative elections to December 2015. This indicates that it will take some time for the situation in the CAR to stabilize and to become conducive for the return of refugees. Given the critical importance of the participation of refugees in the upcoming elections, which are key for the reconciliation process and a peaceful transition in the CAR, the enrollment of eligible voters for the next CAR elections has been facilitated in Chad, in Cameroon and in the Congo.

The 2016 CAR Regional Refugee Response Plan (RRRP) aims to outline the strategy for providing protection and humanitarian assistance to refugees and impacted host communities. It also seeks to promote the transition from emergency assistance to more durable solutions by providing a common ground to advocate for support of national development plans and the stronger involvement of development actors in the region. The RRRP is envisioned as a regional partnership strategy and coordinated refugee response plan of UN agencies and NGO partners, and serves as a joint platform for advocacy and fundraising for all actors involved.

The CAR 2016 RRRP contains country chapters for Cameroon, Chad, the Congo and the DRC with detailed information on achievements made and challenges faced in 2015. It presents harmonised planning figures on refugees and members of impacted host communities in all four countries and outlines their needs. Moreover, the country chapters include coordinated and jointly developed detailed sector plans and respective financial requirements of each partner for the inter-agency response. They further explain the coordination structures in each country based on UNHCR’s Refugee Coordination Model (RCM).